There are people who do not say much, but prove their humane attitudes by concrete actions. Jozef Pupala from Čierny Potok has a handshake like a lumberjack, but his heart is like a Gemer meadow. The lifelong credo of this convinced pacifist, anti-fascist and humanist is that blood should only flow at transfusion stations, and therefore he has donated blood an incredible 175 times during his lifetime. Today, when he should be on a well-deserved rest, he organizes blood samples at Gemeri and leads the local organization of the Slovak Union of Anti-Fascist Fighters. So we quickly agreed and agreed that an event called the “Peaceful Drop of Blood” should be part of the United Nations International Peace Forum we are organizing in September. Hospitals today report a lack of blood, so we believe that we will at least contribute a little to overcoming the unfavorable period. 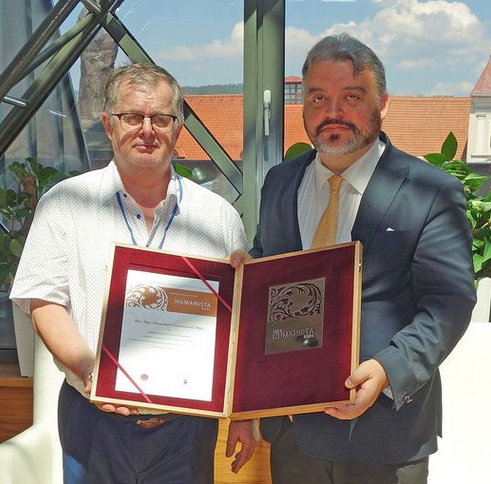 On the occasion of World Humanists Day (June 21), they handed over the 19th ceremony. June 2021 to the President of the Trademark Union Eduard Chmelár in the Cikker Hall of the historic town hall in Banská Bystrica in the presence of the President of the European Humanist Federation Michel Bauer the prize and honorary title of Humanist of the Year 2021. It was awarded to him by the Central Council of the Prometheus Society – an association of secular humanists for “systematic, creative and inventive promotion and support of humanism and its values in Slovakia, for significant activities in the fight for peace and in promoting democratic principles in Slovak society”.

Yesterday, after filming the show Into the Cross, I agreed with prof. Ing. Peter Drulák, PhD., That he will come to Bratislava on World Peace Day as one of the first speakers at the United Peace International Forum.

First of all, we would like to thank all the donors of the historically first peace forum in Slovakia very nicely for every single contribution – we appreciate it very much!

SUPPORT ORGANIZATION OF THE INTERNATIONAL PEACE FORUM IN BRATISLAVA

Today, the largest sabbat of militarists, GLOBSEC 2021, begins in Bratislava. A global security conference, at which international issues have traditionally been discussed and decided, especially by militant politicians, generals, arms lobbyists, army planners and other warmongers. Thanks to them, a distorted view of the world that does not correspond to reality dominates the security debates. While Zuzana Čaputová spoke at the NATO summit about the need for even more armaments (as if its current 2% of GDP were not enough), the prestigious Stockholm International Peace Research Institute issued a warning on the same day that nuclear disarmament had stopped and the great powers were modernizing and expanding their armaments. While Alliance officials support Ukraine’s accession to NATO and see it as their democratic ally, independent analysts point out that Kiev is, in fact, much more inclined to the authoritarian systems we know in Russia or Turkey. While the G7 countries are furiously looking for a way to halt the boom in the Chinese economy, China calmly replies that the days when a small group of states dictated their will to the world are long gone, overwhelmed by outdated imperial thinking, and that Beijing has always believed that big or small countries, strong or weak, poor or rich are equal and that global solutions should be the result of consultations of all countries. 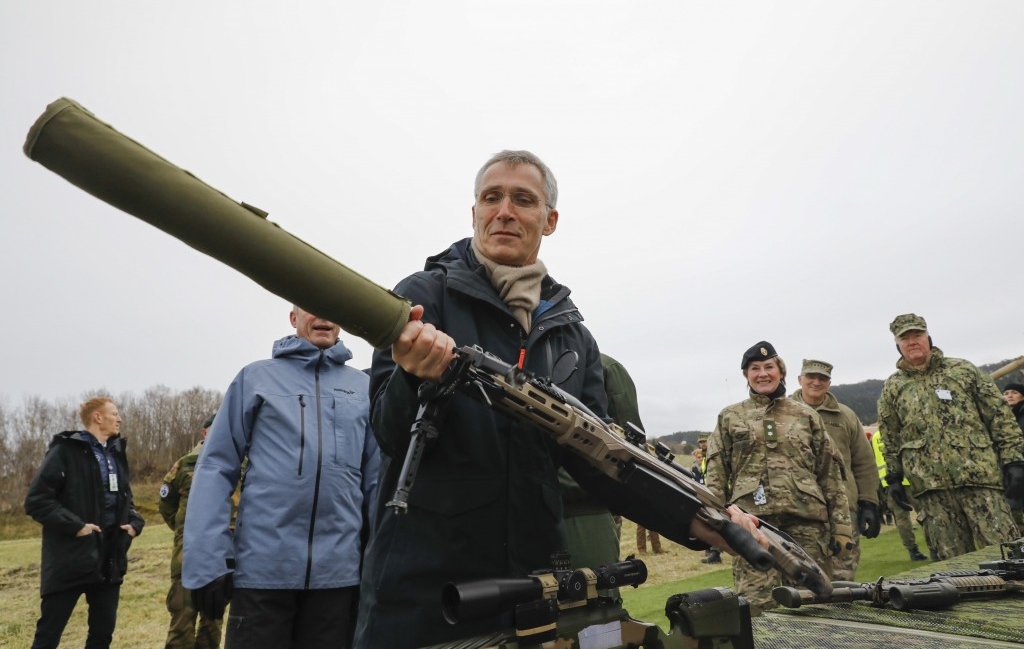 For some time now, I have been observing NATO Secretary General Jens Stoltenberg for professional reasons, and I must say that a pure psychopath is at the head of the North Atlantic Alliance. The man went completely crazy. No one has as many enemies in the world as the United States, but after meeting with Biden in the White House, he declared that no other world power has as many friends and allies as the United States. However, as he says “China does not share our values” (dizzying discovery), Russia is becoming more aggressive and our enemies are investing in new military potential, we must defend ourselves and the expression of our defense is what – right, feverish armaments … 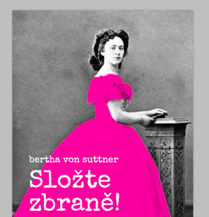 Her name is Bertha von Suttner (born Countess Kinská) and she is an extraordinarily inspiring figure who is far ahead of her time.